Yesterday, I was talking to my friend about meditation and mindfulness. She is new to the concept but she is very excited about what it has to offer. We exchanged apps that we like to use and I told her that it was great that we have something so exciting to turn to it as a source of comfort. We both thought, though, that it might even have more profound benefits for kids. They could build it 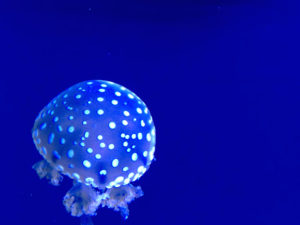 into their life with ease and reap the benefits while they go through school and deal with hormonal changes and tribulations of finding themselves. She agreed wholeheartedly as she teaches high school kids. She said that teenagers in her classes are often anxious and stressed and that they don’t know where to turn. Often, a psychiatrist is the last resource and although generally well accepted now-a-days seeing a psychiatrist still carries the old stigma. Yet, practices of meditation and mindfulness are so readily available. It was unfortunate, she remarked that people were scared of the both concepts because when she brought up the idea of mindfulness and meditation in front of their colleagues at school, she received a support of only one other teacher.

When I was introduced to the concept myself, I must say that I too have experienced hesitance. But, it slowly disappeared when I started to feel the benefits. Now, few years later there is plenty of scientific evidence that not only shows but also proves the benefits on our mind and body. With enthusiasm, I would like to sum up here what meditation is and/or rather isn’t.

1 thought on “Meditation and Misconceptions”